Here's a track I had sitting on my old computer.  I removed a couple swears, but not all.  From summer_08 I believe.  B is play, A is pause, don't ask me...  They were the other way around on the real one anyway.
Posted by Miller at 10:10 PM No comments: 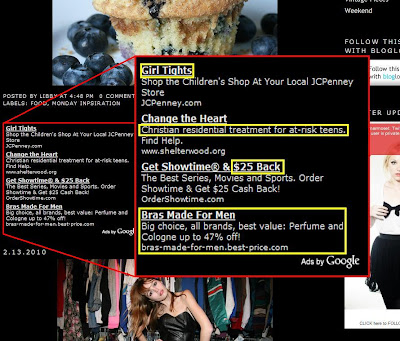 Every now and then you get a really great google adsense, so always keep your alt+Print Screen handy.  If my colleague over at blondunderwater can effectively harness the power of the sexually confused, low-income youth materialist demographic, well...  Let's just say ship's gon' rise and leave it at that.
Posted by Miller at 12:40 PM No comments: 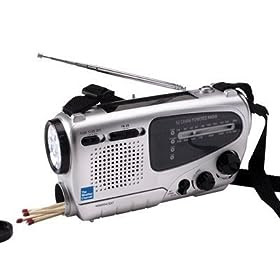 I listen to NPR, usually KPCC, on a handcrank weather channel emergency radio that my mom sent me.  I'm never sure how large a charge it is able to hold, so I'm never sure how long and how vigorously I should crank it.  But I do, because I need to, every few minutes or so, for as long as I desire to listen to the radio.  The style of crank that I employ usually depends on a combination of my mood, my present activity, and what it is that I'm hearing and how carefully I'm listening to it.  If I'm, say, washing the dishes, I'll give it a sustained, vigorous cranking for 30 or 40 seconds--try to find a rhythm and even a pleasure in it--and that helps me warm up for washing the dishes, which typically strains my back because our apartment was built for somebody 5'8" or shorter, and slim.  I'm slim, but I'm also probably 6 foot, 6 foot 1.

I will do that unless there's something good on, which happens a lot, so if there is something good on I'll sneak some powerful, fast cranks in when I think I can, which is kind of a game in and of itself, as well as a good indicator of what I value or what I think I may already know.   You know when the radio begins to lose adequate charge because the reception becomes fuzzier and the volume begins to drop.  Only sharp syllables punch through the audible threshold, and it begins to sound like background radio "walla" in a short student film.  If I'm washing the dishes I'm usually fooled by this effect.  In fact, I'll think the radio is on well past the point that it has completely shut off because of the disguising flow of faucetwater.  Only when I take a break do I notice the radio is off.  And then I wonder when it happened.  When what I thought I was hearing became interwoven and then overtaken by my internal dialogue.  This happens quite frequently; I'm always surprised by it, intrigued by it, and then surprised by it again.  Multiple times per dishwashing, even.

That is, of course, unless I notice it, which happens if I'm taking more breaks.  Then I am inclined to recharge the radio vigorously before turning once more to the dishes.  I prefer to dry my hands before doing this, albeit briskly and carelessly.  I often wonder if it's possible to electrocute one's self with a hand-powered electric device--which I guess brings me back to my original question, which was how much of a charge this little handcrank radio holds.  With a maximum charge, would the radio pose an electrocution risk?  More on topic, when should I stop cranking?  Should I really go at it for a while, give it a long-lasting charge?  Or keep doing what I'm doing, which is to give it some moderate cranking but allow that I will have to do so every handful of minutes because the battery won't hold a charge that long?

Considering that I do keep on with my method (or even if I don't), I face another concern noted earlier: when the radio necessitates a recrank, I am often forced to crank at the same time as I'm trying to listen to my programs.  It's a system of educated guesses, really.  Sometimes I'm doing well, and there's a great interview on, and I'm reading the speakers' rhythms, and I can give a few really violent CRANKS when somebody is taking pause to consider a point, or coughing or laughing, or suffering some sort of awkwardness (I hate to hear that kind of thing, especially if it's a live show [ugh]).  When it works it works.  I've got power and I slipped it in there and there were no significant interruptions.

But oh, when you miss a great quip or factoid because you're cranking a crankhandle that makes about the same noise as an RC monster truck climbing a steep grade...  It's a dejected feeling.  Sometimes it leads one to question the entire idea of a handcrank radio for casual use.  Of course, when there is a pause for station identification or program promos or funding provided bys, that's a great time to crank it up.

Most recently, it's been pledge drive season, which effectively gathers and combines everything I just mentioned into fairly regularized interruptions at intervals.  And SO awkward a lot of the time.  I accept pledge drives on public radio like I accepted chopping wood at home in my youth; these are reasonably infrequent, temporarily interminable slogs that directly improve the quality of my immediate environment after some indeterminate length of time.  And so I accept them.  But in my present situation, these regularized irritations provide loads of cranking time that occur more-or-less predictably.  I'm usually not afraid I'll miss anything special.

Today I was cranking it pretty good and the KPCC pledge drive hosts were really laying it on thick, hitting me right in the demographic solar plexus about how if you have it programmed on your car stereo, or if you had been thinking about pledging for a while, or if I wanted to support the program they were interrupting, which was A Prairie Home Companion, or if you were interested in a subscription to either Newsweek or The New Yorker, or if I wanted to be entered in a drawing for free tickets to A Prairie Home Companion in Santa Barbara and stay at a charming bed and breakfast and eat lunch with the cast backstage--and I just kept cranking more and more ferociously to drown out these seductive sounds.  These appeals to ethics.  I know, I know.  And I kind of adopted this indignant attitude, because, after all, I was cranking.  I was cranking this radio to even hear anything at all!  I'm paying personal calories for this shit!, was what I was thinking.  And I don't even know if this damn thing holds a charge as big as I'm cranking this thing, trying to drown out the pledge drive, trying to drown out the shame in the grinding potential meaninglessness of my task.

And suddenly...  The crank breaks!  The plastic just peals apart!  I stub my knuckle on broken plastic and almost drop the radio, and almost put my eye out on the long retractable radio antenna while I'm grasping clumsily at it.  The RC racecar motor stops abruptly and the sounds of pledge drive remain, but only for a moment, and then they are replaced by Garrison Keillor's friendly basso profundo.  And I think, whoa, this could be my last charge.  And I listen...  And it's a clip show!  From last year!

Anyway, I turn it off right then to save charge, but I wonder how much charge there could possibly be.  I don't know how big that battery is.  But I gave it a pretty good cranking, so...  But what a disappointment.

So anyway, the takeaway message: what if I had been in an actual disaster scenario, stressed, crazed--sitting under a bridge somewhere trying to determine what I should do next--and the handcrank breaks!  What if it's in the middle of Bill Paxton's Independence Day speech, or someother such thing?  How will I know where to go, whom to trust?

So here's the brand name of that radio: "EZ Crank Powered Radio," with the "Forever Flashlight™."  Distributed by Excalibur Electronics, Inc., and made in China.  It must have been a promotional item or gift--it has The Weather Channel logo on its face.  I seem to remember this promotion...  Actually, I believe these might also have been given away as a thank you gift for making a pledge to public radio...  Wow.  I'm really trying to whittle this down here, at the end, and make a final point, but the questions only multiply. 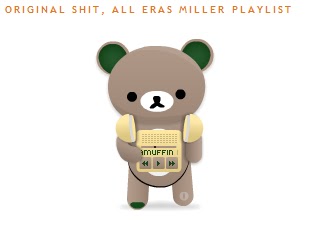 The bear might be playing anything out of the Miller catalog, approximately 2001 to the present day or further.
Posted by Miller at 5:06 PM 1 comment:

Two houses of government: the kabuki house and the reality house.

The kabuki house is for posers and preachers and afternoon sleepers. It caters to a population that values formality, austerity, and ideology.

The reality house is like a super-sized Big Brother house. There are contests, points, and immunity. Alliances form and fracture. Lobbyists compete for access to the PA system. The American Audience votes via text or online as to how much food and of what quality will be supplied to the reality house.

The other half shall be charged with nominating acceptable candidates for the above-mentioned fifty-percent. These nominations shall proceed the first Monday of every fiscal quarter, with a vote on the second Tuesday of the same period.

Word, check out H. Guyford Stever. This guy's got some list of accomplishments! After reading his list of accomplishments on the Steuben County Hall of Fame, I couldn't help but read in further to the expression on his face in this portrait. It's beguiling. Like the Mona Lisa.
Posted by Miller at 9:43 PM No comments:

Tea parties; play-doh pastries--
musterers mustering about
in unIndivisible unRealpolitik.
The polity pre-editorializes;
unemployables, rising on a tide of
Colloquialism,
Childishly idle, coy, while old wide lies
like canyons wile the outlines of even greater
divides.

Desperate for entitlement,
grassroots activist seeks corporate sponsorship.
Resolute constitutionalist,
Judicial activist reads corporate citizenship.
The human being is now a limited liability proprietorship.
The ship lists, the colloquium drifts,
the journalist will be missed,
and what the definition of "is" is
will forever engage the populace.
Posted by Miller at 7:27 PM No comments:

Posted by Miller at 1:07 AM No comments: