Word Out! to: Teresa Bernard

Looking at some paintings by Teresa Bernard:

Runs a site called Bluemoon Original Oil Paintings.  Plenty of interesting subject matter.  She also does portraits, like this one, which was commissioned by an Illinois man for his wife as a surprise Mother's Day gift.  Here ya go, sweetie!

The oil painting does capture something intangible in the old lab's bearing.  Something about the face.  That mouth.  This is a "gallery quality" oil painting that may survive for centuries, to be gazed upon by countless generations of abstracted Illinoisans.  In the future, will their eye implants hyperlink to the original digital image when they encounter this hand-painted canvas in person?

Yes.  And kids in school will get frustrated when they're looking for similar digital originals of Van Gogh paintings, or Rembrandt portraits.

Oh well, that'll be an excellent object lesson for discussion. 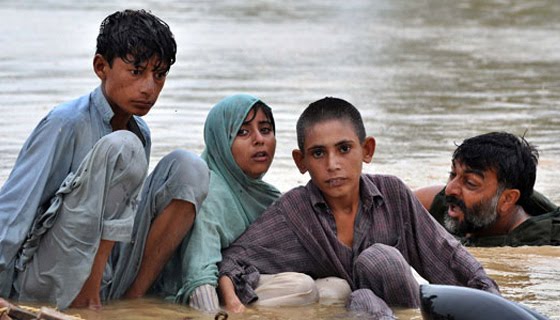 Here's one of the Pakistan Flood images that's really getting around the net.  And I found another one from the same scene:

As you can see, certain images catch on more than others:

This one's got more info in it at the bottom.  Interesting to note how different croppings crop up on different sites.  You can watch the hive aesthetics at play by searching for different edits of the same image.  Sowikiman.

A couple of comments from the comments section of this Politico article... An interesting article, by the way. Reminds me of how people try to boil down a baseball game into stats and box scores. Of course, over time, the stats that are considered relevant tend to change as well. Can we perform a calculus to determine how this change is changing? Of course we can. And then we can make forecasts and strategies ad nauseum. But the mind tends to lose sight of the metaphors at work fairly quickly. Like xeroxes of zeroxes. Soon whole communities are engaging in whimsical rituals of error, from which I quote but a few:


"Of course I under[stand] the constutional law. I learned last night some new info from MoneyRocks with Eric Bolling about this community center/mosque. FIrst this Iman has been forwardly honet with the 9/11 families. He throws up a legal barrior to hide his investors. Which makes him more dubious and questionable. Second this so called community center is closer too ground zero than just two blocks. Also the imam has been dodging the press on interviews on this vary subject. Two things the American people want to know is this: why this location and where the funding is coming from. Now just who are his investors? Why are they hiding behind the law? Now I understand the Vatican Bank not revealing there funds but this one is completely different. Now this Imam who wishes to show goodwill,now who and what is he hiding?"
I love the exciting usages of "now" in this one. Keeps you attentive, sounds conversational. Very engaging. This next one's a little more caustic:


"The cabal of Islamic Muslim nations is trying to invade the US and other countries, that have religious tolerence.This is something nobody seems to realize. Our country was founded to seperate religion and state, Muslim nations were founded to combine religion and state. Our shiria, socialist president says he has been looking for a church. Maybe we could build him a mosque down the street from the Whitehouse."
...Almost workman-like. Efficient, but rough. Still, it hits its dramatic marks pretty well. And it keeps you moving, like a lawyer or a pastor. Ends with one hell of a one-two punch! So if you weren't completely sure, that final, awkward show of cleverness should push you one way or the other. I wouldn't be surprised if the author made a few dollars on this one, although it'd be less surprising if the guy he copied it from was actually the one getting paid. Sometimes it's a payment enough to be heard.

It can be lonely out there. But there is hope:

he's having a falling out with nik richie (blogger Hooman Karamian), who runs thedirty.com, for which Quayle used to write expert commentary under the pseudonym "Brock Landers":

if those are thunders…….then my rod just took a direct lightning strike….KA-CHOW
the dirty used to be dirtyscottsdale.com, which I've been looking at using the Internet WayBack Machine.
http://web.archive.org/web/20071113064736/www.dirtyscottsdale.com/?cat=20

Quayle's first response to the juicy scandal was to say that his only connection with dirtyscottsdale.com was having provided the startup with a referral for legal advice.  I wonder if this was the genesis of Kocharn Kardashian...

Anyway, I'm sure I know what you're thinking--yes, what a nightmare for Thetas!  But after some serious abuse in the comments section, "Karen" stepped in with a spirited defense of the organization:

I’m sorry but last I checked people only dress like this when it’s hmmmmm HALLOWEEN? For those of you trying to drop dirt on this pic please stop embarassing yourself because every negative thing you have to say only shows how insecure of a person you are. Only someone happy with themselves would have enough respect for themselves to keep their negative thoughts and comments to themselves. I find it funny that the fact that these girls are in Theta seems to get broughten up each time. Jealousy? Point blank you would be a damn fool to ever fix your mouth to talk shit about Theta because Theta is the best house IN THE NATION ( Founder’s Day Theta of the Nation Award 2006 bitches) Oh wait and Chapter of the Year 2006 and what is that? CHAPTER OF THE YEAR 2007! Girls wish they were in Theta and if given the chance would jump all over that opportunity. Beg to differ? Don’t make yourself look stupid because everybody knows Theta is the best and will stay the best. Wanna know why? Because Theta keeps it real and classy. Far from conceited and more PROUD than ever. Most importantly, Thetas LIKE JACLYN AND LIBBY bring people up and don’t strive to put people down. If you don’t know a Theta get to know them because they will give every other sorority girl on campus a run for the money. Once again, stop the hating, jealousy rots the bone. THETA WHATTT, THETA WHO?????????? Any negative response from now on is just a plea for attention haha but it just makes these girls and Theta know how much you envy us. Pathetic.

...So I Finally Unclogged the Sink... 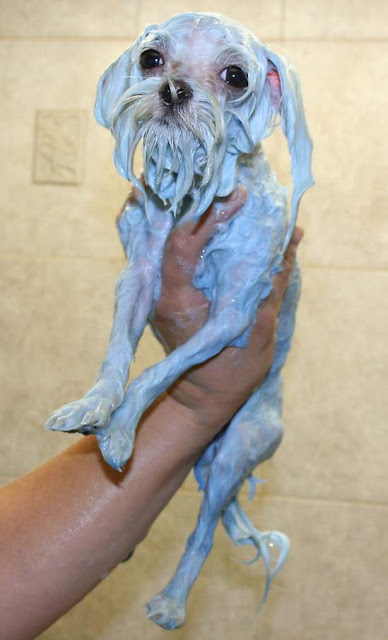 Oh man, I just love this one--found it at the Speedoggie blog, back in the 2008 archive...  So many great dog photos up in there, dogs of all shapes, sizes, and colors.  Also phenominal dog action shots, curated by serious dog-lover and -agility trainer Chris Parker:

Parker is the world-class trainer/breeder who runs Speedoggie Performance Dog Traning.  She has represented the USA in dog agility competitions, which look like this:

...which must be a post-landing from the doggie airdrop challenge!

And here's Chris after she constructed a dog walk in the middle of a cornfield, prompting history's greatest show dogs to rematerialize for one last agility competition: