Maya, my wonderful old black lab family dog is dead.  She passed into the ether this morning on the East Coast.  I haven't been home in two years.  Couldn't make it home earlier this summer because...  I have been waiting.  Doing nothing.  Remaining available at odd times for odd, infrequent jobs.  Feeling sorry for myself.  Avoiding social contact.  Ignoring covenant.  Isolating.  Retreating.  Abscessing.

I was right there when Maya was born.  It was Election Night, 1996, and Bill Clinton was looking pretty dominant over Bob Dole.  Our black lab family dog Tina was giving birth to a litter of ten tiny puppies, nine of which would survive.  I was right there, keeping an eye on the birth in the guest room, in the plywood and particle board den that my dad had constructed, a birth that would take many hours to complete, and I would be between there and in the other room, the basement family room, where my recently deceased grandfather's large, wooden television had the Election Night broadcast.  I had to get the little puppies to nurse on mama and keep everything cleanly.  Keep an eye open for new puppies to pop out.  I was at home doing this by myself because I had just quit the swim team, which was incidentally one of the defining plot points of my adolescence.  Being in the basement of that house, which was partially in-ground but which opened up to the outdoors on the downslope side--that was fairly defining right there in itself.  That's where we had the wood stove, that's where we stacked the dry wood outside, against the house under the overhang and the deck to get more dry, out of the direct path of the elements.  November of '96 would have been the beginning of the second winter spent at the new house in the woods that my parents built.

There was one runt in the litter, and I believe it was black if the memory serves...  It was all I could do to keep that littlest one in the mix nursing on mama.  It was weak in the back legs, eventually it died.  My mother buried it when I was at school, I think.  Brand new snow on the ground just that day.

I sat with those tiny puppies and their mama a lot.  Tina would growl at me, out of maternal instinct, but she pretty much let me help out.  Some time went by, and they got bigger, and I can remember transitioning them to more solid food--like yogurt mixed with powdered puppy food or something.  And we had to give them worm medicine for a while, because puppies get worms.  I remember the smells and textures.  Then they got big enough to be out of the wooden shelter, and they were out running and pooping all over the basement family room.  They were so soft, and then their teeth were coming in, so they could really give you a nip.  They were all so cute and tumbly and funny.  Just, you know: somersaulting fluffy puppies, yipping and yapping, wrestling on the carpet.  Chewing wood chips that flaked off the logs we were feeding the stove.

We used little stripes of paint or nail polish on the puppies' tails to differentiate the same-coloreds.  I remember there being two or three yellow labs and the rest were black.  Daddy was yellow.  He mated successfully with mama on the second weekend rendezvous.  When our girl Tina left, he got all excited and drank water and ran around too much.  He got a twisted stomach and died within hours.  It's a real problem for bigger dogs.  I think his name was Duke.  I saw a picture of him.

Soon all but two of the pups were sold.  Then we had two of them for a while, and I almost thought we might keep the two, even though the plan was just to keep the one.  Maya, whom Daniel my brother had named.  I remember the small sadness I felt when that second-to-last had to go.  Some time later I heard through my dad that one of the puppies had to be euthanized because of bad temperament--aggressive qualities, dangerous around children, and such.  It can happen.  Our little one, Maya, was definitely not dangerous or demented.  She was a goofball.  Her mother Tina was very intense.  She was my dad's duck-hunting dog.  Disciplined.  Whistle-trained.  One loud short whistle meant "Sit!"  And Tina would sit, no matter where she was.  One time she was chasing a woodchuck through a thicket near our house.  The woodchuck let loose a short, high-pitched whistle, probably out of terror, and Tina sat right down out of a full-fledged pursuit.  Saved that woodchuck's life on that day.

It didn't take long to realize that Maya wasn't possessed of all the same field-dog qualities as her mother.  It would be fair to say she had ADD, we all agreed.  Endless energy, perhaps;  raw athleticism, definitely.  But Maya was a space cadet.  A most lovable space cadet, in a warm, fuzzy, 70s cartoon sort of way.  She was longer and lankier than Tina, and she never outgrew her puppy skin.  By that I mean you could grab excessive amounts of skin from the nape of her neck, really anywhere--it seemed as if she was given the skin of a dog 33% larger than she ever turned out to be.  My friend Emerson was always fascinated by that.  At first we thought she was going to be huge, judging by all that extra skin she had yet to fill out.

Her mother died after a day spent out hunting.  In the evening, Tina laid down on the carpet in the entryway and had a heart attack.  I knew something was wrong with her as I was leaving for "Youth and Government" club at the YMCA.  I was a junior in high school if I recall correctly.  I'm writing this now juuussst about thirty, give or take.  It was extremely sad for the whole family, but especially for my dad.  Tina is buried in a nice spot at the top of our property, and a tree and flowers grow there.

Maya eventually lived several more years than Tina, who was only ten when she died.  Maya was a few months shy of sixteen by my count, which is a ripe old age for a lab.  Even when she was very gray and aged and stiff the old girl relished a walk in the woods and a scurry along a scent trail in the tall grass at the edge of the property.  I always walked her on a loop around Tina's grave site.  I think we all did.  It's such a nice spot anyway.  I remember Maya getting surprised by a woodchuck there one time.  I thought that was just great.  Maya didn't kill woodchucks like her mother, who was absolutely bloodthirsty on the things.  After Tina died, woodchuck numbers shot back up.  Maya was simply befuddled by the awkward, waddling little groundbears, who hissed and tended to be ornery.

I took her on one last walk two summers ago.  Said a goodbye.  She'd been quite old for quite some time, and the last handful of goodbyes between Maya and me carried similar melancholic notes.  I was hoping to see her again earlier this summer but plans fell through.  Shouldn't have.  Regret is quick and decisive, predictable, and keen forever as a recent memory.
Posted by Miller at 2:06 AM 2 comments:

My blog is pretty much the best blog out here, no joke.  Second best. 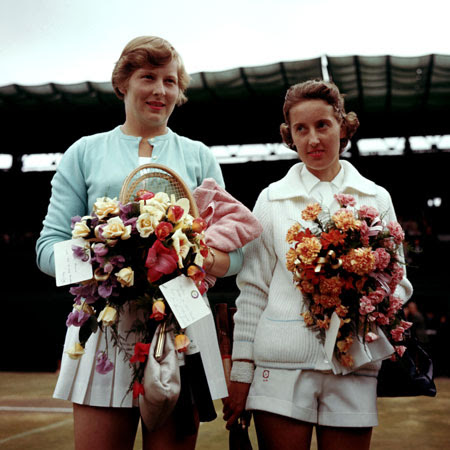