Reflections on a Teachable Presidency 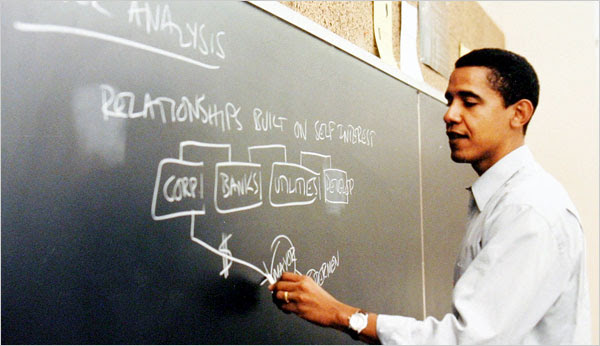 Teachable Presidency.  I've been swishing this one around in my mouth the last couple of months.  's is a "teachable presidency."

Whatever you feel in your gut about the guy, I suspect your average American knows generally more right now about his or her government's capacities than at any time since this nation's founding.

No way?  I'm maybe talking capacities in the abstract, here.  But then, when you're talking about somebody's conception of nation's government's capacities, what can that be if not some kind of an abstraction anyway?  I take your point...  Try this:

I suspect a good editor could put together an attractive new paperback series--a sexy "New Class" of Federalist and Anti-Federalist Papers--cherry-picked from the explosion of pop policy literature that has buffeted the mainstream media in the past two years, in consideration of health care reform, in consideration of international laws and treaties, in consideration of governance and procedure and 'role of government' and commerce law and warfare and separation of powers and political machineries ad nauseum, as dispersed by the new medias of the information super highway, as imagined by the real-time beta-test inventions of tomorrow's consumer futurists... 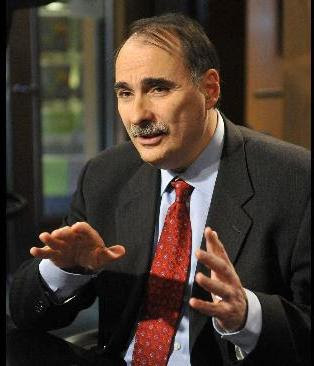 Aye!  Yeo there!  Publius!  What say ye t'the impacts of cloud computing on state sovereignty?  At least you could have the series's cover art designed by a world-renowned fashion illustrator...  But who then would be our Alexander Hamilton?  I think it would be...  David Axlerod.  David could do it.  Online too, with help from Conan O'Brian, Twitter, and predictive texting.

Americans have similarly been treated to an advanced lab class in high-pressure governance these past many months, in light of multiple crises coming to boil, live, 24/7, with mobile networks and smart devices fully out there in the mainstream.  Arguably because of these new things!  Considering the ripple effect of our new technologies, I imagine inventor and publisher Benjamin Franklin would feel right at home--and very occupied--in today's day and age.  And employed.  A televised commentator like Lou Dobbs.  With a huge touch pad like John King.  What a truly revolutionary atmosphere we're living in!

Well yes, perhaps I'm sipping at the koolaid.  Okay.  I speak for myself, maybe also others of a certain age, if you can suss out what that might be, considering that you're really only old as you feel.  But I am looking at this whole thing through a particular lens.  With a distortion that expands the experiences of "my generation" relative to others.  I like focusing it this way.  It's a guilty pleasure.  I'm like a baby boomer that way.  A neoboomer.  A neoboombaby.  A pre-bust baby byte.  Hopelessly wandering in the deep forests of previous generations' preconceptions.  And my generation I think just agreed to the saddle of a term "millennials," which was more the exhausted, negotiated result of a complex relationship with our parents, who have been pushing the idea at least since I first heard a couple of pompous authors discussing the coinage on a local public radio show in 2003-4--more that than a profound moment of generational identification, but I'm probably digressing here... 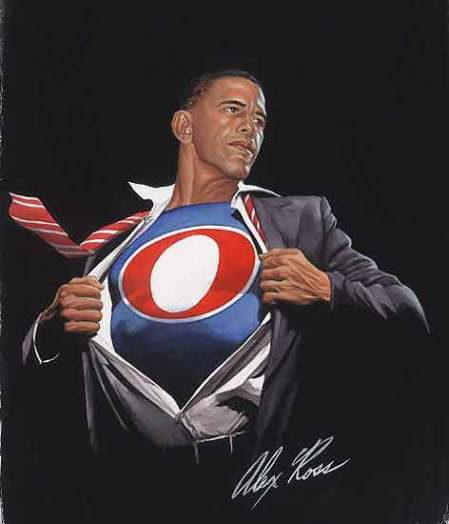 Anyway, whatever it is that's actually going on, my analysis is this: has electrified our civic traditions.  Let me put it another way: President Obama has brought electricity to the podunk, patchwork homesteads of American democracy!  Our civic experiment is alive...  Alive...!   Scarcely a decade after I'd feared it died on the urine-eaten sidewalks of Strip-Mall AmeriMart!

The Bush-era, Redbull/Rockstar taxcuts and the ketchup-packet social measures and the two-pack-a-day environmental policies and the coin-operated bathrooms and the blockbuster slurpees with superheros and special soda-flavor merchandising tie-ins...  The R-Tard Mart that was the 2000s, with the throngs, the predictable legions of the faithful poor who came in to browse for a 2-for-1 deal on...  Whatever...  And some lotto tickets.  Some scratchers...

By god, but I think the zoning has finally come up for review!  And look, there are some health inspectors!  They look malnourished, like starved moles the poor things...  Long as there's nothing defective about the muscle milk.  Just so long as I can still get ripped.

His dream was...  Never mind, he was just too mavericky.  I can't take that so seriously anymore.  Not as much as I once did.  This notion of the maverick has been so closely associated with the media whore in recent history.  Qui-Gon Jinn plucked Anakin off an Outer Rim wilderness planet--a galactic backwoods--and championed him against all prevailing judgment on a hunch...  And a positive-seeming midichlorian test count.  And for what?  Recall also what Qui-Gon said in Episode One: "Your focus determines your reality."  I'll say.  Qui-Gon, almost single-handedly I might add, refocused the entire galaxy around one semi-precocious slave boy with parasites.  I can't imagine Palpatine foresaw this.  Correct me if I'm wrong, Chris.

What I'm saying is Qui-Gon is John McCain and Anakin is Sarah Palin in this formulation, so...  And so the midichlorian indicator would be an analog for opinions polling.

...So, your opinion determines your reality!  For what, other than one's opinions, determines one's focus?  You might suggest flash and dazzle perhaps.  Loud, deep noises, pops, pyro, etc.

No!  What's flashy to one individual might be quite invisible to another, depending on the context.  Does not actualiZe realiTy!  ONly fractures into flat surfaces!

Behavioral conditioning?  Negative!  We are all just conditioned to adopt the AFFect of conditioning!  For appearances' sakes!

If you do believe in a free will, then choice must be the executive arm of opinion, and opinion the messy legislative process of the will, which is defined as free by legislation, whose analog is memory!

Of course, should one not believe in a free will--or even only partially but limited by certain parameters--opinion has become the observable, measurable substance of the 21st century dialogue anyway.  That much we should be able to agree upon for the purposes of this discussion...

And let's be perfectly clear about one thing: American history, American government, the American character; all of these are shorthand elements in a discussion.  And make no mistake: this is what America is--a discussion.  A continuous, simmering, bubbling hot pot of thick, goopy, hot discussion.  It started as an outdoor grill.  Our founders saw fit to erect a shelter, with a pointy barkpatch roof, and thatch shelter, walls, with zigzag-style log fences to keep out the pigs.  The forests were filled with the feral pigs of the Dutch and the Spanish, brought ashore long before, by earlier generations, to the deep eastern old-growth forests... 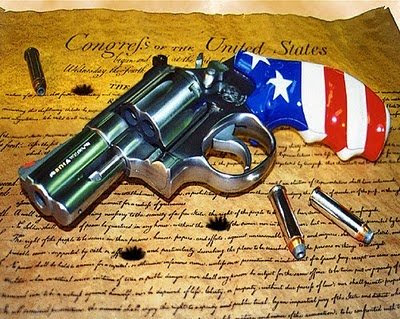 Carved out of this dark wooded fantasy were the property lines and ideological angles that persist to this very day, in the national dialogue...

Anyway, we're talking about the media and national identity here, and so we have to come at our subject with an aim to understanding.

But life doesn't follow a neat line from point A to point B.  To borrow on a few of the great parlances of earlier times, our lives are soft loafs of metaphors, layered like handcrafted mattresses in all directions, originating from an unprovable-yet-self-evident perspective, whose orientation possesses both elements of independence from and dependence on the surrounding environment in a fluctuating ratio that is intermittently estimable!

Of course, in our minds (and in coordination with the above analogy) we are all princesses--and so we can all perceive these awful, pesky peas to be in all the various sorts of directions through all those mattresses, all layered thick and cotton, and tight, but soft, and firm.  Those peas are our opinions!  And whether or not they actually exist is irrelevant--we are entitled to be picky.  In fact, we are expected to be that way.  And to sleep better for it.

I know.  Opinions are a messy business, especially when they are parceled out and enumerated like meat potatoes, chunk chicken, cage meat products--farmed and slurried and pipelined across the multivariate surfaces of the great American mountain ranges of public discussion.  But yet somebody, like a Qui-Gon Jinn per se, can literally pass into solution into one of these meat streams, like pea-green antibiotics, and he can forever alter the chemistry, or, like, innoculate the greater supply.  The mainstream, the prevailing American jetstream of open public dialogue, thusly warbles.  Wobbles.  On its invisible axis.  Axes.


But to what end?  Here I'm thinking Qui-Gon as Obama, but Obama's lightsaber is dark black, because it has the purest crystal possible, so hot that what you see as the blade is actually the event horizon of a long, thin black hole.  A "black filament," they'll call it.  So awesome. 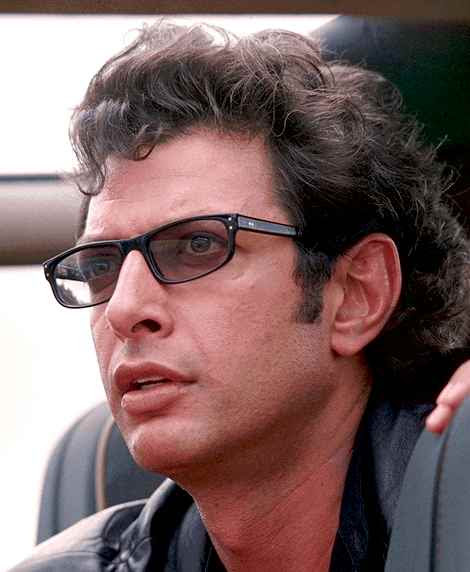 Similarly this..  Meat and...  Peas-green slurry--just as often, if not more so...  A vast neurology of independent chemical inputs also determines its chemistry.  The...the essence, ah, ah, of chaos.  Butterfly flaps its wings in Peking and suddenly it's extinct!

Either way, our opinions, slurried and piped about for general consumption, general review--these pipeline systems themselves take on the characteristics of a digestive tract!  So as we predigest, then redivert and reengineer as a species, so too do our engineering works.  Separate from our own conceptions of what it is that we are doing, our works also persist, and our perceptions of our works persist, and then change, digest, redivert, predigest, preengineer, and redigest!  Our works digest our opinions.  Our words divert our digestions!  And now we can see these waves, these cross-waves, this ripple pool...  Just...  Like rifting, like sifting silt, or sand, in the bottom of a tidal visualization model, which is encased in plexiglass at SUNY Cortland in 1991 in the temporary geography building.


For me, anyway.  But in a lot of cases you'd have to say that our most current visualizations are provided by the international media, the meatsuckers, the porcelain sausage presses.  The garlique-tab fabulets, the unnhfamous, the nouveaux-panic indices.  The sugar-juice gambits.  The gold hoarders.  The grill magnates.  The steel bull's balls hangers-on-the-backers-of-truckses.

So you've probably guessed it by now: it's the transubstantiation of the basest, vilest yellow journalism into thoughtful national dialogue and energetic debate that best characterizes the American character!  The precipitate, the shake, the silt-- it is the pressed shale, of the bedrock, of the building of the promise of America--ever 'on the horizon' in one abstract sense or another.  But also ever behind us, beneath us, as a sort of malt meal shake, tri-weave thatch, layered organically, naturally shale.  And it is in this thatch--this mulch--that we tri-weave our future, according to the wheatlain provisos of our constitution, of the featherscrawl inkings, of the ethics, the levies, the locks, the bargetraffics, of the whole circulation--of the Metaman--of the enlightened governing structure embodied in Him.  Three robust arms.  Separation of powers.  Three branches...  Does that make two separations?  You've got your government in three pieces--that means two divisions, right?

Point is, the most important thing is to stay healthy and fit.  Work out your lower back and side muscles--all your rotationals and fillins.  Work out those stabilizers.  Controlled motions, full followthroughs.  Always be prepared for your deepest convictions to be burried: 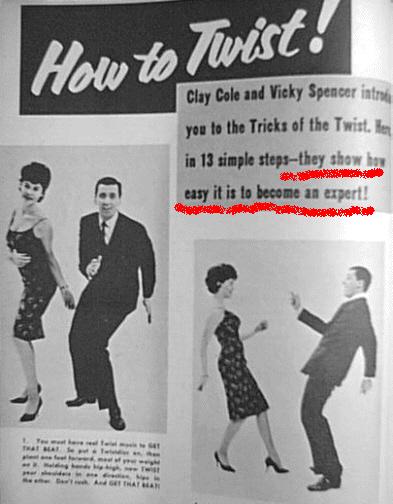