Living in amidst the rifts in among rafts amid the softnesses and resonances--
resins, mists, anchor draughts,
dragnets, meta-analysis...
Petrarch wonders whether anybody ever really
comprehends what he or she manifests...
Other than that, he's politically milquetoast. Although the picture would have you imagine otherwise, the gator-looking reptile known as the mosasaur ruled the oceans of the late Cretaceous Period.  They consumed their prey like snakes, by swallowing it whole.  Hunted by surprise and acceleration over short distances, like the cheetah.  They even began to invade freshwater environments like rivers before the mass extinction.  Certain species could be well over 50 feet long.  They may have hunted certain sharks out of existence, due to the sharks' slow baby-making cycles.  Just like how humans have done today.  Mosasaur remains have been found all over the world, from the Netherlands, to Kansas, to Antarctica!
Posted by Miller at 3:53 AM No comments:

Just heard Russell Berman commentating on cspan's Washington Journal.  He's a reporter for The Hill.  Childhood friend of Mangs.  Kinda sounds like Mangs.  Talking on the phone.  The cspan morning moderator is highly attractive and very good at her job.  Lithely shuffling newpapers and printouts.  Mona Lisa smile.  Steady gaze.  Capitol Hill behind her.  I'm listening to Queen on Spotify.  Greatest Hits We Will Rock You Edition.  I'm seeing a lot of ads for Pearl Jam 20.  Excellent strategy.  Timely.  I wonder if Cameron Crowe is a Spotify user.  Or maybe he only listens to records.  Jimmy Fallon loves him.  I should ride my bicycle.  I should get a bicycle.  Fat bottom girls do make the rockin' world go round.  We shouldn't raid the poor to pay for disaster relief.  Who is this cspan morning moderator?!

flashforward 12 hours or sooo
ooooh wow, who is this weather woman?  fucking happy hour all up in this piece.  I'm almost tempted to pour myself a little Jack Daniels drink.  Alcohol-infused drinks are back in business, they say.  That's government reform.  Apparently there was concern that the infusions would change the chemistry of the fermentation process yadda yadda and the alcohol content would change from what was officially listed or something.  Some kind of god-damn government red tape.  That's what we're talkin' about.  Well, the hipsters will get their infusions, god damn it!

ooooObama's jobs bill a hard sell from an ooold bridge in Ohioooo.  God bless that man in these unsteady times.  I think he should pay the young jobless people to go around and document the world changing.  Also to play Foldit! and other games that allow people to collaborate and solve massive societal quandaries.  And World of Warcraft.  To generate electricity somehow.  Or something.  This can't be all that hard to wrap one's brain about.  I can't imagine that it really is.  Just harder to break habits.  Harder in groups to break habits.  Like turning tides with needles from haystacks.

Naked dead girl spotted via helicopter and mosaic'ed creepily.  The weather woman is CBS 2's Jackie Johnson.  I still can't figure the cspan moderator.  I need to level up my nerd credentials for sure.
Posted by Miller at 6:24 PM 2 comments:

Working througha clot of really depthy depression here...  And manias...
I have a gremlin inside of me.  An angry, clammy gremlin.  It survives on hope and excretes a metallic lymph.  I have physically seen it a number of times.  I'm not being figurative.  The weather about this time of year in LA can bring it out.  The gremlin loves marine layer and the flirtations of autumn.  If you talk to  me you might be talking to a gremlin.  It's like a motion-capture performance where you don't know if the actor or the animation is in control.  Or maybe you don't even know which one is which.  There's a head scratcher.  You should have done that movie, Zemeckis.  Or maybe that's what was happening...  There's a head scratcher.  But you thought Mars needed moms, so...  Aw hell, I don't want to be mean.  That's not me, it's the gremlin.  I was at the Emmy pre-party the other day as a guest.  90% of the people there were so famous, it would have been a perfect time to be extra cool.  So I got a screwdriver and I had to keep two hands on it because they were shaking!  Just literally trembling.  What is that?  My answer now, after some time for reflection, is that I have been simply watching far too much TV.  The gremlin feeds on television as well.  So much hope and irony.  We egg each other on to stay up later to find weirder and weirder things on the various channels.  We don't have many channels at all, which is just fine.  Even better for the gremlin.  Sub-basic cable is like wet dog food for gremlins.  Lick-the-can good programming for nervous, clammy gremlins.  I'll often recline by the TV with a pad and pen and try to jot down some of the random effusions of this parasite mind before they lose solvency and deposit themselves as a shimmery film on my skin.  Try to extract some usefulness before then.  When the gremlin is distracted by the television I can usually skim a little off the top, if you follow me.  But I have to be clever and nonchalant about it.  It's actually very hard to be that way when what you've really got to do is to collect the little monster's farts.  That's really all you can get without attracting too much attention.  But it's usually enough when you're just talking about a pad and pen.  It's not ideal, but I call that rent, for what it's worth.  Little shit.  But thanks for the farts.
Posted by Miller at 2:56 AM 3 comments: 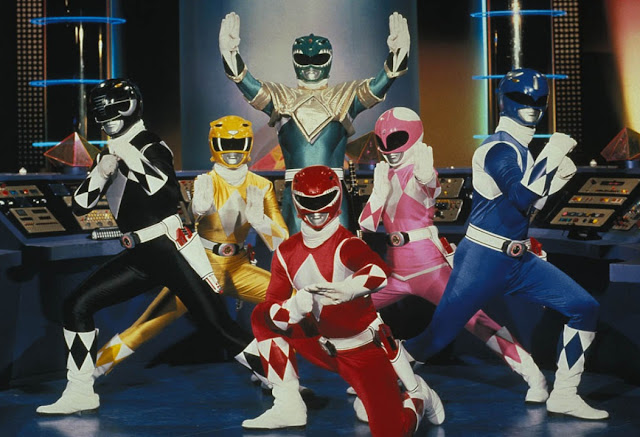